Niyamgiri mountain in the state of Orissa, India, is the ancestral home of one of the world’s most vulnerable tribal peoples, the Kondh. The Kondh rely on the mountain for their food, medicines and culture. It is also the seat of their god, the supreme deity Niyam Raja.

ActionAid supported the Kondh in their battle with U.K. mining giant Vedanta Resources. The company wanted to build an open-pit bauxite (aluminum) mine at the top of Niyamgiri mountain. This would force the Kondh tribe to move elsewhere and their unique way of life would be lost forever.

The Kondh tribe were determined to protect the mountain. They held several demonstrations against the company. ActionAid India supported the Kondh community by providing legal support for the community’s challenges; documenting environmental and human rights violations; creating media attention around the threat; facilitating the community’s mobilization; taking part in behind-the-scenes lobbying; and by maintaining a daily, on the ground relationship with the Kondh people.

However, it soon became clear that to have an impact on the power and might of Vedanta, it was important to take the Kondh’s struggle beyond the community level — and beyond India. With Vedanta listed on the British stock exchange, campaigners at ActionAid U.K. and ActionAid International highlighted the issue to U.K. media and investors, using a two-pronged approach that covered the company’s legal home base in the U.K. and the site of the alleged human rights violations in India.

Using strategic media stunts, celebrity spokespeople, submissions to the U.K. government, investor lobbying, and by enabling the Kondh people to travel to Vedanta’s annual general meeting and voice their plight, ActionAid’s work outside India added power to the movement in Orissa. The Joseph Rowntree Trust and the Church of England, two major, high-profile investors, pulled out of the company in February 2010. Both cited concerns about the rights of the Kondh tribe. This caused Vedanta’s share price to drop and damaged the company’s reputation.

In August 2010, after six years of national and international campaigning, divestment by key Vedanta shareholders and protracted legal challenges, the community had a major breakthrough. The Indian government refused permission for the mine to go ahead. The Environmental Minister came out strongly against the mine, criticizing the company and accusing it of breaking the law. 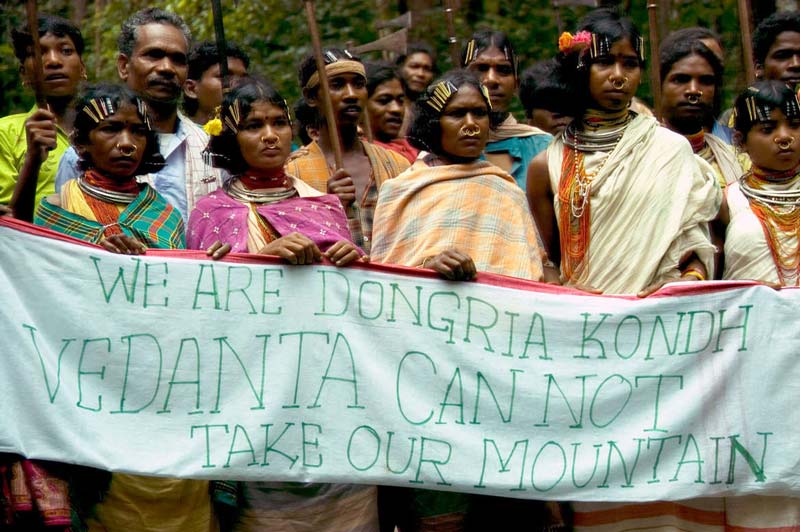 Mongolian Herders Pursued Remedy Through Dialogue with a Mining Company

A Tale of Two Cases: Using Multi-Stakeholder Initiatives in Advocacy

Following the Palm Oil from a Harmful Plantation in Indonesia