Energy projects, especially coal plants and hydropower projects, can be large and complex and involve multiple contractors providing services such as design, construction and operation, or inputs such as equipment and fuel. Researching the various actors involved in a power project can help you to get a clearer picture of who is making that project possible.

Chinese energy projects often receive insurance from Sinosure and financing from China’s policy banks and commercial banks. While policy banks play a significant role (China’s Global Energy Tracker has documented over $245 billion in overseas energy financing from China Development Bank and China Eximbank between 2000 and 2020, including 31% oil, 21% coal, 18% hydropower, and 17% gas), energy finance from these banks has dropped dramatically since peaking in 2016. Commercial banks have become major financiers of global energy projects over the past decade, and it is harder to track their lending.

Chinese companies involved in overseas energy projects are subject to the policies and guidelines covered in the Standards section of this guide, as well as those applying to International Contracting. Likewise, banks financing such projects are expected to uphold Green Credit principles, as discussed in the Financial Sector section. Several companies also have their own internal policies related to environmental and social issues and some have signed on to initiatives like the UN Global Compact.

In 2017, China’s National Development and Reform Commission and National Energy Administration issued the joint Vision and Actions on Energy Cooperation in Jointly Building Silk Road Economic Belt and 21st-Century Maritime Silk Road. Under this vision, investment and cooperation should “focus on the balanced development of [the] energy sector and social responsibilities … respect the religious beliefs and diverse cultures of different countries, strongly support public welfare causes and help economic development so that all peoples can coexist in peace and prosperity.” Although this is not a binding document, it sets out the state’s vision for how overseas energy projects should proceed.

More recently, the National Development and Reform Commission and three other ministries issued Opinions on Jointly Promoting Green Development of the Belt and Road (2022). The opinions call for deepening cooperation on green and clean energy and promoting the green and low-carbon transition in international energy cooperation. The policy states that China will not build new coal-fired power projects and encourage solar and wind power businesses to “go global.”

Chinese companies are among the world’s top builders of coal plants, and billions of dollars from Chinese banks have made these projects possible. In addition to the policy banks, Bank of China and Industrial and Commercial Bank of China (ICBC) are among the top financiers of coal projects around the world. Bank of China has supported the Java 9 and Java 10 coal power plants in Indonesia, the Sasan ultra mega coal power project in India and the Emba Hunutlu coal power plant in Turkey. ICBC has financed the CIIDG-Huadian Sihanoukville coal plant in Cambodia, Vinh Tan 3 power station in Vietnam, and the SSRL Thar Coal Block-I coal plant in Pakistan.

Although Chinese finance and investment has played a major role in global coal power projects, in September 2021, China’s President Xi Jinping announced during a speech to the United Nations General Assembly that China would no longer build new overseas coal plants. The 2022 opinions from the National Development and Reform Commission (mentioned above) elaborated this commitment and created an administrative basis for its implementation.

The opinions state that China will stop building new overseas coal-fired power plants and proceed prudently and cautiously with power plants that are already under construction. For plants that are already operational, the opinions encourage upgrades that improve energy efficiency, reduce emissions and adopt advanced technologies for carbon capture and pollution control.

Since Xi Jinping’s announcement, several important stakeholders have said they will no longer support new overseas coal plants, including China Eximbank, Bank of China and Sinosure.

In China, hydropower is generally regarded as a renewable and clean energy source and Chinese companies are the world’s top builders of hydropower dams, thanks in part to support from Chinese banks, especially China Development Bank, China Eximbank, and the top commercial banks. Chinese hydropower companies are active across the world as both project developers and contractors.

Hydropower projects come with high social and environmental risks. Numerous Chinese companies have encountered challenges in their overseas projects, which in some cases have been strongly opposed by local people. High-profile Chinese-backed hydropower projects that have made headlines in recent years include the Gibe III dam in Ethiopia, Lower Sesan 2 in Cambodia, the Myitsone dam in Myanmar, and the Batang Toru dam in Indonesia.

No specific guidelines for overseas hydropower projects have been issued by either the Chinese government or industry associations. However, hydropower companies are subject to the policies and guidelines regarding general outbound investment and Belt and Road development. If a dam impacts cross-border water resources, it is regarded as a “sensitive” project and requires prior approval from China’s National Development and Reform Commission (see Standards section). As all of China’s major hydropower companies are state-owned, they should also follow the guidelines and regulations that apply to state-owned enterprises.

Some Chinese hydropower companies have made social and environmental commitments, although only a few have published them (see the Company Policies and Commitments section below), and several are members of the International Hydropower Association (IHA), including Powerchina, China Three Gorges, China Gezhouba and HydroLancang. The IHA expects members to implement their projects according to its Hydropower Sustainability Guidelines.

China is a global leader in solar and wind energy. These industries were developed in China, and in recent years Chinese companies began to export equipment and build overseas renewable energy projects. Chinese companies have also started to produce components such as solar panels overseas.

While investment in non-hydropower renewables is still small compared to traditional energy projects, it is increasing, and China is now the world’s largest producer, exporter and installer of solar panels and wind turbines. Private solar companies such as Jinko Solar, Risen Energy and JA Solar are supplying solar panels and/or building projects around the world. Most major state-owned power companies now also have subsidiaries focusing on renewable energy and are winning contracts to construct overseas solar and wind projects.

In the same 2021 speech where Xi Jinping committed to ending involvement in building new overseas coal plants, he also said that China will step up support for developing countries to develop green and low-carbon energy. As noted above, the National Development and Reform Commission’s Opinions on Jointly Promoting Green Development of the Belt and Road (2022) states that China will deepen cooperation on green and clean energy, promote the green and low-carbon transition in international energy cooperation, and encourage solar and wind power businesses to “go global.”

Although this is promising from a climate perspective, renewable projects also come with serious environmental and social risks. For example, the component parts of batteries and wind and solar power equipment require mineral resources that will need to be mined on a dramatically larger scale than at present to meet future demand. Companies involved in these industries will therefore be required to abide by local regulations and the various policies and guidelines covered in this guide, implementing enhanced standards where host country regulation is lacking. 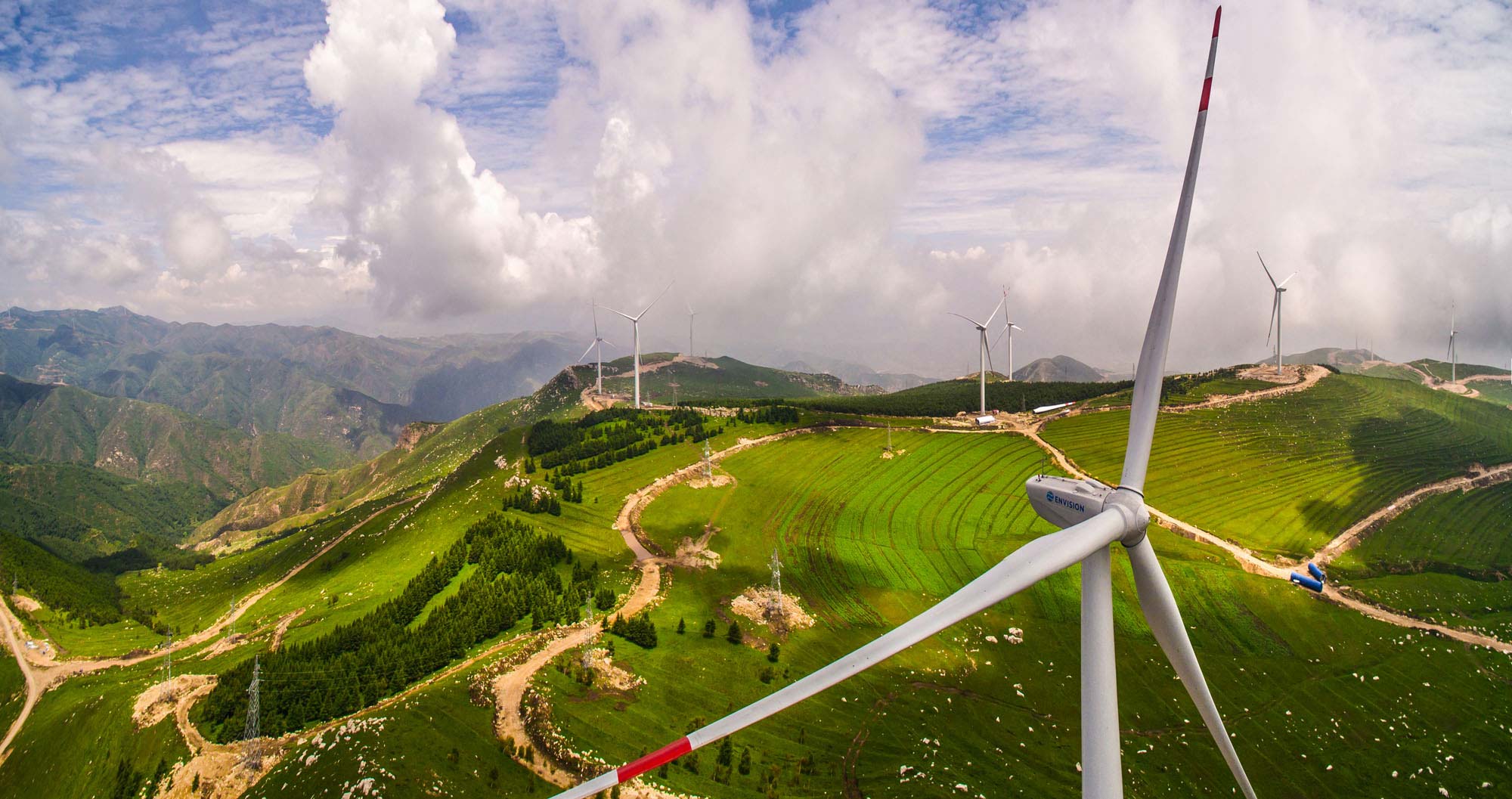 Most Chinese companies involved in energy projects have their own internal policies related to environmental issues, and some have social policies on issues such as resettlement. However, most do not publish these policies. Some company corporate social responsibility (CSR) and environmental, social governance (ESG) reports include explanations of their approach to issues such as community engagement, climate change and project appraisal. Some include “key performance indicators”. They may also identify which international standards they follow and if they have signed on to any best practice initiatives. The following table includes some of the commitments made by China’s top state-owned energy companies.

Most of the power companies included here have not published their environmental and social policies. However, by looking at company websites and reports you may be able to piece together information that gives an indication of what policies a company has in place, and what public commitments they have made.

You can draw on this information in your communications with a company (and their financiers and regulators). If you feel that a company is not living up to its commitments it may be helpful to draw attention to this in your communications, drawing on the language that the company uses in promoting its commitment to sustainability and corporate social responsibility.